The Port Hills are a range of hills in Canterbury, New Zealand, so named because they lie between the city of Christchurch and its port at Lyttelton. They are an eroded remnant of the Lyttelton volcano, which erupted millions of years ago.

The hills start at Godley Head, run approximately east–west along the northern side of Lyttelton Harbour, and continue running to the south, dividing the city from the harbour. The range terminates near Gebbies Pass above the head of the harbour. The range includes a number of summits between 300 and 500 metres above sea level. The range is of significant geological, environmental and scenic importance. 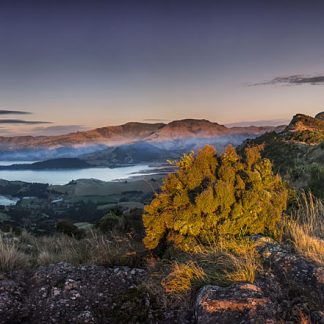