10 in stock (can be backordered)

Totaranui is a 1 km long beach and the site of a large campsite in the Nelson region, New Zealand administered by theDepartment of Conservation (DoC).

It is located in Abel Tasman National Park toward the northern end of the Abel Tasman Track and is often used as a starting or finishing point for the walk.

Originally a farming settlement, the only permanent residents now are DoC staff. However, during summer the population is swollen by up to 1000 campers plus hikers on the track. Water taxi services from Marahau link Totaranui with other localities around the Park coastline, while a road links Totaranui with Takaka via Pigeon Saddle.

Farming ceased after the foundation of the Abel Tasman National Park in 1942 and forest has been allowed to naturally regenerate through manuka and kanuka to its original mix of southern beech and lowland podocarp.

Totaranui is noted for the golden colour of its sand, more intense than other beaches in the Park, the result of a high content of orthoclase minerals in the eroded granite sands of the vicinity. 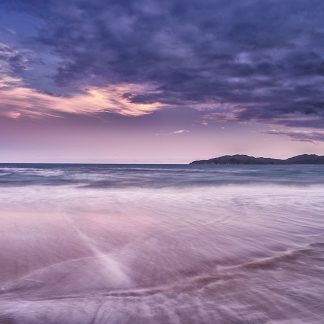